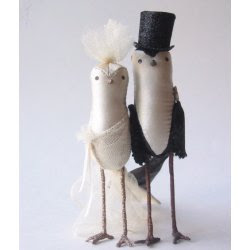 Last night, all was in an uproar on the evening of our wedding anniversary. R had a difficult day trying to navigate a stressful work schedule and an ailing child at home. J was not well and has a very low tolerance for pain (ai yi yi). There was much to-ing and fro-ing on R's part as she spent the day curled up on the couch. I could not leave work as I am acting manager this week and we are very shorthanded. I had been fighting fires all day and pushing through the work that had to be done. R and I had a silly squabble over the phone. I had my troubles, he had his, and I don't think either was in the mood to listen or commiserate. We were all fairly miserable when I came home bearing a peace offering of a cinnabon pastry for us to share after dinner...

I had had higher hopes for our wedding anniversary evening even though we were only to have a quiet night at home: home cooked meal, open small gifts, rest. It's been a busy summer.

Eons or so ago (possibly more) ... R and I married at LIUNA Gardens in Winona just outside of Hamilton where I grew up. In a white gazebo which faced Lake Ontario, we tied the knot before forty or fifty family members and friends. We shocked the minister by requesting that no mention of God be made in his portion of the ceremony and the poor man insisted that he had to slip in at least one reference!

The video camera, so expertly handled by my cousin L, revealed me to be preternaturally calm before the ceremony which was extremely unusual. R appeared equally relaxed when L panned down and saw the four bottles of beer consumed by R and the best man, his brother T, prior to the ceremony.

The bride wore ivory and a wreath of baby's breath; the groom had a very punky hairdo at which we stare in amazement when we now watch the old tapes or look at old photographs as did some of the alarmed guests, notably my old boss D and his wife.

We both had moist eyes when we said "I do" and R had the most loving look I had ever seen on a man's face (in my limited experience of such things!).

I remember a wonderful feeling of relief when the ceremony ended. It had been a turbulent year. R's father had passed away just six months before. Some family members were unhappy about the wedding proceeding but the plans had already commenced when R's father fell ill. We were all quite shocked when he succumbed to cancer so quickly in April of that year.

I said to R, with tongue firmly planted in cheek: "Thank you for all these mostly happy years!" to which R retorted, "Come on, really, it was only unhappy days wasn't it? Maybe even hours." Well, I love the way R's mind works, just blocks out all the nasty stuff ... if only I could do that. The truth is that we have weathered financial difficulties, family dissent, culture clashes, overbearing in-laws on both sides, a miscarriage, infertility woes, sporadic unemployment, health issues, and multitude of other things best left unsaid.

But we are both stubborn as mules and don't believe in giving up on a good marriage despite the periodic lows. For this, I thank Antonia and Francesco (my parents) and Rob and Sue (R's parents) for setting good examples of how a marriage should work and sticking it out through the tough times.

Grazie genitori per tutto che avete fatto per noi!
Posted by A Lit Chick at 9:28 AM