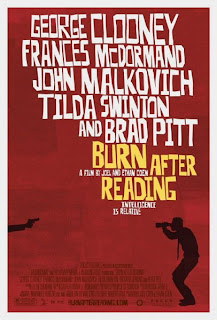 R and I have attended the Toronto International Film Festival almost from its inception in the 80s just after we graduated. I love this time of year! I always take a week off to do the festival. R joins me only periodically now. Picking up the tickets turned out to be fairly nightmarish this year as the main office is in a new location at the new Toronto Life Square. I had to return three times to do it as the crowds were horrendously long and it literally would have taken two or so hours waiting in line to do so. But really, there is no point in complaining that the festival has changed, it just has, a victim of its own wild success. We should just be grateful we have such a well organized (mostly), popular film festival in our backyard with such an eclectic line up of films.

The weather is cool and pleasant in September. It's a real pleasure buzzing around from one film to the next. You get a preview of the best films from around the world and Toronto is one of the most enthusiastic film audiences in the world as I have heard many filmmakers remark at a number of screenings.

A, a good friend and a contact in the film industry, was able to get R and I tickets for Burn After Reading. Now the Coens are, admittedly, an acquired taste … Last year’s No Country for Old Men was superb. This film not so much.

Although filled with a number of wonderful actors it never comes together for me. In this self described “crime caper” in the tradition of Raising Arizona and The Big Lebowksi, hapless Chad Feldheimer (Brad Pitt looking just a wee bit tired), who works at the Hard Bodies Gym as a trainer, comes upon the memoirs of ex-CIA agent Osborne Cox (John Malkovich) on a computer disc. He confides in a co-worker, Linda Litzke (Frances McDormand), who is anxious to obtain money for a series of cosmetic procedures which she thinks will improve her dismal dating record. She convinces Chad to try and blackmail Cox.

The “memoir” written by the disgraced, alcoholic Cox is of no value whatsoever but the two gym trainers have no idea of this and try and sell the information to the Russian embassy when Cox belligerently refuses to pay out after unceremoniously punching Chad in the face during a clandestine meeting where Chad arrives on his bike.

This being a Coen film, someone gets shot in the face and another character gets killed by an axe in a bizarre sequence of events. Clooney’s do it yourself "invention" (I won't spoil it by describing it) also seems a characteristically odd Coen twist which adds little to the film.

The film goes nowhere despite a few comic episodes mostly involving Brad Pitt, complete with frosted hair and an ever present ipod which he periodically dances around with much to the delight of the audience.

I find Clooney awkward in comedies … I prefer him in more serious fare like Syriana or Good Night and Good Luck. Malkovich is strident and irritable (yes deservedly so as he has been fired and his wife has left him) but seems to be playing the same notes in film after film. Tilda Swinton is her usual icy perfection and Richard Jenkins (perhaps best remembered as the deceased father in the TV series Six Feet Under), as the love struck gym owner who attempts to help Linda, strikes a humane and compassionate note but he struggles alone against the comic flailing of the rest of the cast.

Mostly everyone gets their just desserts for their greed and/or stupidity but it is a largely unsatisfying conclusion to a mediocre film by two fairly brilliant guys.
Posted by A Lit Chick at 8:46 AM

I recently saw this film and I wanted to be impressed. I really wanted to like it because, in the backwater where I live, this was the only film to see - Mamma Mia finally closed and this is the film that replaced it. Finally, but not soon enough!

I left the cinema feeling undecided. When I think back on it I believe this would be a great DVD to slip into a time capsule. "Want to know how shallow our culture was in 2008 - watch this!" Unfaithful and shallow - that's how North America is accurately depicted. The lead protagonist (Frances) is unfaithful to her body. She wants that cosmetic surgery no matter what. Husbands seek discreet sexual encounters on the internet (George). Women betray their partners (Tilda) and plot for hefty settlements before they've announced that the marriage is over. Citizens blackmail public officials (John M.) over lost and found items, and finally are willing to betray their country (to the Russian embassy). While all of that was somewhat entertaining, it wasn't very smart or savvy.

It'll have to hold me until Mark Ruffalo arrives with Blindness...

Yes it's rough if the cinema pickings are slim.

And well, I have to say that I am baffled by the Coens and how they choose their projects ... it's as if they say to themselves after an amazing film like No Country for Old Men which received great critical press and commerical success, "Don't call us auteurs! Don't call us artists! We just like what we like and here you go, here's another goofy film to prove it."