On the business of a woman's life 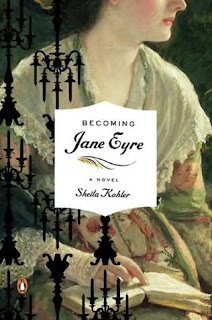 Lovers of literature are justifiably protective of their literary heroes. I remember in one of the first creative writing courses I took back in the day, I presented to my fellow classmates (with some pride) a longish piece written from the perspective of Virginia Woolf. Yes, that Virginia Woolf.

I do not recall a single coherent criticism aside from the fact that to a man (er, rather, I mean, to a woman, as the class was mostly made up of females) - they seemed sincerely horrified. They were using terms like, "I can't believe you would dare to..." and "I would never..."

I was mystified by the angry response because, even then, with my low self esteem as a burgeoning writer I felt that I should be able to write in whomever's voice I wanted to write in. I feel that my role as a writer is to try and present a fictional voice in a believable and credible manner; the reader's role is to judge if I am successful. But that's not what I was being judged on, it was on my audacity in trying to emulate Woolf's voice.

Now, having said that, I do approach fiction which assumes the voice of a literary great with some trepidation. In almost every instance I have found that I am disappointed with the end result because invariably, inevitably, and perhaps unfairly, I compare the author's voice with the subject's. And who can compete with Woolf or some other literary eminence?

So I approached Sheila Kohler's book with caution but I never thought how dare she try and speak in Charlotte Brontë's voice? 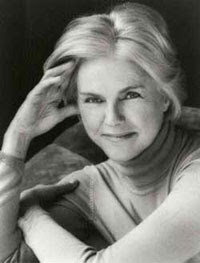 Sheila Kohler tries hard to infuse the Brontë character with the passion that surely existed in the plain but intense Brontë's heart as the creator of Jane Eyre, among other great works. As the novel opens, Charlotte is sitting by her father's side in Manchester, journal in hand, composing the plot of Jane Eyre in her mind while she nurses her father during the summer of 1846. Her father, the Rev. Patrick Brontë, is having a cataract removed having experienced periods of blindness.

She often dreams of her first love (unrequited it seems), a French professor she met in Brussels, married, charismatic and supercilious and Kohler captures the snickering attitude Charlotte encounters from other women when they suspect that Charlotte is enamored of the man. How could the genteel but plain and impoverished Charlotte hope to capture a husband - blessed as she is with neither fortune nor beauty nor advantage of any kind?

Here in Kohler's novel Edward Rochester, the romantic hero of Jane Eyre, becomes an amalgamation of the Belgian professor (supercilious, cold, masterful) and her father (dominant and powerful but who succumbs to blindness during his illness as Rochester succumbs to his own blindness).

The Brontë girls were the daughters of a clergyman and the sisters of Branwell, a dissolute addict who wreaked emotional havoc on the family for years. Having lost two older sisters and their mother, the girls felt the loss keenly. It was a bare, difficult upbringing on the moors - they were motherless with a self absorbed father with few means who had six small children to feed.

Brontë understood class and the debilitating loss of esteem that accompanies hard work which is  not recognized for what it is. As a governess of two spoiled young children she realizes how little she is valued - she is meant to stay out of the way, with no real power over the children, living in depressing, shabby accommodations among the servants. She is virtually invisible and meant to remain silent. Charlotte understands thwarted passion and unrequited love, the indignity of being considered not good enough.

As governess, she visits, with the family she serves, a local mansion (think of Jane Austen's Lizzie Bennett visiting Pemberley in Pride and Prejudice and being shown the house by the housekeeper). She learns a story, perhaps true, perhaps apocryphal, of a "madwoman" confined to the attic of the mansion by her husband in the 18th c.  So is born the character of Bertha in Jane Eyre.

It's fascinating to contemplate what is real and what is fiction here...were the Bronte girls influenced by the local gossip they heard? A rightful heir left shamefully uneducated and bereft (a sub-plot of Wuthering Heights)? Was there a "misalliance" between the local heiress and the delivery boy (shades of Heathcliff and Catherine)? Does the presence of the trusted housekeeper in the girls' lives provide the basis for characters in Jane Eyre and Wuthering Heights? Was Charlotte's publisher George Smith the inspriation for the main male character in Villette? Certainly Branwell, the girls' spoiled and volatile brother, provided the template for Hindley Earnshaw the dissolute heir in Wuthering Heights.

Despite a somewhat subdued beginning, as the novel reaches its end Kohler captures the claustrophobia and creative ferment of the Brontë household with all three sisters writing and nearly simultaneously publishing their books: Jane Eyre (Charlotte), Wuthering Heights (Emily) and Agnes Grey (Anne). She pinpoints the creative synergy but also the professional jealousy which must have informed the relationship of the three sisters. Imagine the energy at work here ... it's phenomenal to contemplate having such powerful writers in one household.

The struggle to contain Branwell contaminates all aspects of the girls' lives as they try to protect him from his addictions, debts and romantic misadventures. They fail to do so but the girls do survive to win some literary acclaim, the greatest being accorded to Charlotte. But their lives are cut short by illness. They perish one by one. Firstly Branwell, then Emily and then Anne (within six months of each other).

Does our heroine Charlotte marry and find fame and happiness dear reader? She does but it is short-lived. She reveals herself to her publisher to be Currer Bell (the pseudonym she wrote under) and is toasted as the great new writer on the London scene that she is. Success is sweet and fairly brief.

After an ill-fated infatuation involving her publisher George Smith (a feeling he never reciprocates or is perhaps dissuaded from by his mother the author suggests), Charlotte marries Arthur Bell Nicholls, her father's curate. Charlotte dies nine months after her wedding in the early stages of a pregnancy. Of course, her father carries on, outliving all his six children. Poor Arthur is saddled with his father-in-law who opposed the marriage for years for another six years.

Charlotte once received a letter from a revered poet who informed her that "Literature cannot and should not be the business of a woman's life ..." Suffice it to say, his name rots in obscurity, but Charlotte's surely does not.
Posted by A Lit Chick at 8:44 AM

I love Jane Eyre. I have read it many times.

I will have to read this one!

Cheryl, I will give you my copy if you like ... e-mail me at my work e-mail please:

Thank you so much! What a generous offer! My local library has two copies so I shouldn't have trouble getting hold of it.

What a great lit chick you are, for being so thoughtful!

I enjoy your blog so much and look forward to each entry!

Any time Cheryl, if there is anythign you'd like I will happily send you my copy.