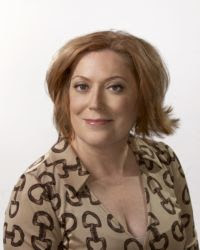 Full disclosure: Caterina Edwards, the author, is a friend of mine from Alberta. We meet very infrequently, usually at writing conferences, but it is always a pleasure to see her (and to read her work). Please go to her beautiful website for more information on Caterina.

This book is part memoir of Caterina caring for her mother Rosa Pagan Edwards during the last years of her life with Alzheimer's and a historical survey into what happened to the people of Rosa's homeland, Istria. Even many Italians may not know where Istria is and its troubled history (I certainly did not) ...

Istria is the largest peninsula in the Adriatic Sea between the Gulf of Trieste and the Bay of Kvarner and it is now a part of Croatia. Yes, it's history is as complicated as it sounds.

Rosa's illness and disappearing memory seems to prompt Caterina's inquiry into the stories that her mother has spun about herself and the Pagan family... this leads her to travel to to the town of Lussino (now named Losinj in Croatia), Venice, England (where Caterina was born to an Italian mother and English father) and many other places to talk with the few remaining relations she has who can shed some light on the fate of the various members of the Pagan family.

She uncovers the long suppressed history of Istria which involved the ethnic cleansing of the Pagan family and other Istriani of Italian descent. She tries to uncover how Rosa's father Onorato Pagan disappeared (did he die in a submarine attack during the war?), where the Pagan family was exiled to despite conflicting remembrances (some said interned in camps in Sicily), to whom her mother first lost her heart as a girl who in her later dementia she might have referred to as her "first husband".

This historical information you will not find in a wikipedia entry. The brutality of the expunging of various ethnic groups as nations battle over tiny Istria is both horrifying and, sadly, not surprising, in light of the events of the 20th c. during both World Wars.

But with the exodus of some peoples (obviously not always, clearly not always) there has sometimes been a record of the devastation ... this is not true of Istria where the very little information there is must be mined from the few and very old survivors - some with conflicting memories - or found in exchanges over the internet by the few who want to keep the memory of Istria alive. Some today still claim that the only Italians killed or deported to camps were Fascist loyalists operating under Mussolini, or disloyal to whatever new power came into being. Not true, i Rimasti (those who remained), claim. There was no pattern, no sense to the slaughter, perhaps only a vicious hatred of the Italians among them and a sense of personal vengeance.

As always, mother/daughter relationships can be difficult - this one is no different. Caterina paints an honest, many times painful, picture of the struggle between a daughter determined to do the right thing despite difficult circumstances and a very ill, very unhappy mother as she deteriorates further and further in her illness, paranoia and anger which is often directed towards Caterina. She does not paint herself as a saint but these must have been very trying times and the temptation to give up very strong.

It makes one uneasy too as you read the book ... would I be this selfless in dealing with a difficult, sometimes verbally abusive, parent? Could I manage the raising of my child (for Caterina two teenage daughters), working outside the home and caring for that parent 24 hours a day? Could I find the energy to write? I wondered this continuously as I read.

This is beautifully written, often riveting and completely heartfelt.
Posted by A Lit Chick at 11:27 AM