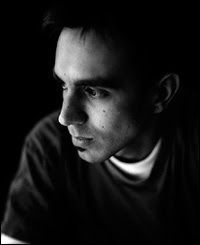 Londonstani intrigued me ... the South Asian experience in London amongst a bunch of rude boys written in a sort of semi-literate cockney English/South Asian/gangsta patois: thick, profane, sexist and rude. You stumble along at first trying to decipher the language and cultural references but eventually fall into the rhythm of it.

It promised to be totally different and it got a great deal of hype here and abroad. And it is interesting but in reading it I sometimes had the uneasy feeling that the publisher said "Great premise! Love it! Can you make it a bit longer?" It would have been just as effective at two thirds the length.

I admit I put the book down once in frustration and then tried a few months later. If you can master the lingo: blud (kin/blood), bredren (brother), goras (whites), coconuts (brown on the outside, white on the inside), pendhus (fools) and the ever popular innit (isn't it?) ... you can navigate it fairly well.

The book opens with Hardjit, a particularly obtuse bodybuilder and the erstwhile ringleader of the hapless four which includes Amit, Ravi, and our narrator Jas, surrounding a white boy whom Hardjit is pounding to the ground because the boy supposedly called him a Paki (not true it appears - Hardjit just likes to beat people up).

His friends are desis (Hindi for "local, regional" or "indigenous"), a term which applies to a wide variety of South Asians. Jas is the sensitive, dreamy lad amongst a number of yobs obsessed with girls, bling, status and petty thievery which includes stealing cellphones ("fones") which they unlock and sell to the upscale Sanjay, a former resident of the downscale London Borough of Hounslow near Heathrow Airport where the lads live.

Sanjay, who studied economics at Cambridge, is wealthy, sophisticated, has an impressively posh pad and will happily exploit the boys to achieve his own criminal ends. Sadly, it is Mr. Ashwood, a former school teacher who hooks the four boys up with Sanjay in order to break them free of their vagabond activities. Instead Sanjay merely harnesses their energies and redirects them for his own nefarious purposes.

A rather astute book review at about.com talks about the murky middle world where these boys live and the "fractured reading experience" of this book (look at any page and you'll see what the reviewer meant).

They are neither British (as in, part of the white establishment) nor are they the black gangstas of the criminal underworld they aspire to become part of because of the strong cultural influences of their lives: living at home comfortably with mom, dad and sibs, somewhat adequate educations, their middle class affluence comprised of cars, cellphones and bling jewelery, attractive, educated girlfriends ... they can quite get it up to be the badasses they want to be.

The book's progress is uneventful but very believable: fighting with white or Muslim boys; partying at trendy clubs; trying on flash clothes; lifting weights; dreaming about girls; bitching about their overbearing, interfering parents and the old school rules of respect between the castes, listening to Sanjay's endless sermons about how fly he is compared to the boys ... but then you see flashes of Jas' rebellion against the conventions of their lives.

Just when you start getting annoyed with the sexist remarks and observations, Jas' inner voice pops up, ashamed about the homophobic crap, the denigration of women and rules that the boys feel compelled to follow. Insecure and bottom-of-the-heap Jas will counsel Amit's brother Arun to abandon the old conventions surrounding traditional marriage much to his later shock and detriment. Arun, hen-pecked mercilessly is reduced to tears by his mother over his wedding plans. The mother insists that Arun's fiancee must seek her approval for all aspects of the wedding.

Jas' emotional outburst to Arun about Arun's mother's meddling in his marriage plans is probably the summation of Jas' discomfort in his world regarding caste, women and the heavy handed influence of parents in this generation's lives. It stands for all that Jas hates about desi culture.

More significantly, Jas is in love with Samira, a beautiful young Muslim girl whose brothers will dispprove of the match (i.e read kill Jas) if they find out. Nor will his friends approve of his dating a Muslim girl. The scene where Jas and Samira fight and break up near the cemetery is particularly well done with Jas wandering the cemetery and reading the tombstones and concluding morosely, "Here lies Jas. My surname too fuckin long and too fuckin shameful to fit on my own fuckin gravestone."

Jas' problems worsen precipitated by his perceived interference in Arun's decision to challenge his mother about the wedding. Amit, Ravi and Hardjit turn against him as does Sanjay for jeopardizing their business arrangement regarding the stolen phones.

I was warned by a couple of book reviews that the ending would be surprising so I will leave it at that. The end did shock me I must say ... leaving me muttering "What? What?" as I reached its conclusion. My feelings are mixed as I found it uneventful until the final fifty pages or so. I liked it, I didn't like it and then I raced through the last 50 pages!
Posted by A Lit Chick at 10:12 PM