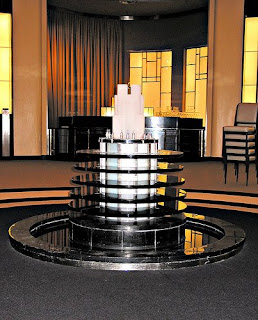 I persuaded R to accompany me on my sojourn to see a few buildings that I have always been curious about: Don Jail, Allan Gardens Conservatory, the Flat Iron Building, the Carlu.

We live a few blocks away from the Don Jail. Apparently the greater portion of the GTA population also shares my morbid curiosity because when we got there at 11.30 on Saturday morning we were met with the news that our wait would be about four hours. We fled ... it was really warm and the line horrendously long. A real cross section of city in the line up. But apparently you can still book an event(??) or a historical tour here.

I wanted to include a section on a visit to the Don Jail in my new work but, alas, I will have to rely on archival info and photos ... the book is partially set in the 1980s so I have to sort out what the conditions were like, who was imprisoned there and why ... There is a plaque on the corner which tells you that executions were performed right up until the 1960s. The old jail was built between 1862-65 (our desire to imprison people predates our desire to be a country in 1867 apparently) and was inhabited until 1977 and then the prisoners were moved to the new jail which adjoins the old.

" ... the Don was the site of a number of hangings. Starting with the execution of John Boyd in January 1908, hangings at the Don took place in an indoor chamber, which was a converted washroom, at the northeast corner of the old building. Previously, condemned men had been hanged on an outdoor scaffold in the jail yard. The indoor facility was seen as an improvement because outdoor executions were quasi-public (at the hanging of Fred Lee Rice in 1905, crowds had lined surrounding rooftops to see something of the spectacle) ... Twenty-six men were hanged on the Don’s indoor gallows. The jail saw three double hangings ...", wikipedia, last updated 15 May 2009

The old building has now been purchased by Bridgepoint Health which will turn it into a series of offices beginning with renovations in October 2009. I feel somewhat guilty for wanting to see the building as it was the site of a great deal of suffering - so what draws us to such things I wonder? The same impulse perhaps which drove the Romans to watch Christians being devoured, crowds of people watching hangings and executions like a circus event or even closer to our time, crowds in the 19th c. frequenting morgues and orphanages as a form of entertainment of sorts.

Off to the Allan Gardens Conservatory at Gerrard and Jarvis Streets. It really is quite beautiful. I had no idea the scope and breadth of the plants, flowers and vegetation. The Gardens make an appearance in the book too. It is an odd combination of the beautiful and the grotesque there ... the conservatory is large, spacious, very well preserved with exotic flowers and vegetation from around the world, fountains, memorial benches, etc ... Yet outside the grounds surrounding the conservatory are filled with homeless people, some apparently mentally ill by the looks and sound of them. It really is a disturbing combination.

I wanted to capture that in the book ... the juxtaposition of wealth and affluence in the city with the lives of those who have fallen through the cracks in the social fabric and somehow survive in this metropolis.

We drove over to the Gooderham Building (or more commonly known as the Flat Iron Building) at 49 Wellington St. E. It's not an original thought but it is one of my favourite buildings in the city and not far from the first condo that R and I owned on George St. when we got married. I miss that neighborhood at Wellington and Front. It's even prettier now with its new shops and the St Lawrence Market, little boutiques, coffee shops.

We waited in line for an hour and as R and I both noted the exterior of the building was much more interesting than anything inside. Before they allow you to climb the five stories to the top there is a charming mini-lecture given by one of the Doors Open staff.

She talks about George Gooderham, the original owner of the building whose father William Gooderham (1790-1881) made a fateful and ultimately wise decision to use an excess of wheat in the early 19th c. to manufacture liquor. With prohibition in the 1920s they became even more fabulously wealthy. She claims that Gooderham was so wealthy that he built a bank across the street to house his money as well as a tunnel which lead from the Flat Iron Building to the bank (now torn down and replaced by an ugly 1970s structure which houses a Pizza Pizza joint). It holds the city's oldest elevator which can only take 3 - 4 people at a time and which we were not permitted to use.

Allegedly, Al Capone and his men were frequent customers of Gooderham's during Prohibition and often visited the building. The building was the first flat iron building in North America predating the one in New York by ten years. She said that flat iron refers to the triangular shape of the building which resembles a traditional iron one uses on clothes?? That info alone was worth the trip ...

When we were let loose in the building we climbed the five stories to the top but all you see on the way up is a fairly innocuous hallway leading to a series of law offices which are inaccessible. If you peer through the glass of the doors you see, surprisingly, cheaply furnished offices which lack any semblance of grace or style considering this is supposedly the most expensively rented office space in Toronto. Immensely disappointing! I had hoped to be able to go into the cupola where George Gooderham himself had had his office but this was not to be.

The next day I was in the area and went to see the Carlu at College and Yonge (R had already been there for an event). An enormous, gorgeous series of rooms in the Art Deco style opened in 1931. The venue once hosted Frank Sinatra, Billie Holiday, Duke Ellington, Glen Gould. It has a 1,200 seat concert hall, a grand foyer, the Round Room ... stunning in every aspect.

In 1930, the Eaton's department store chain, opened Eaton's on College Street. Lady Flora McCrea Eaton, a member of Eaton's Board of Directors, retained the French architect Jacques Carlu to design the seventh floor of the building. When the Eaton Centre was built in the 1970s at Yonge & Dundas, the Eaton family sold it.

The Carlu had been abandoned for decades but was once the haunt of the very affluent and famous. The guide said that in the 70s some misguided soul wanted to renovate it, removed the Lalique fountain (pictured above) and art deco statues and replaced it with orange coloured columns and an orange shag rug. Ack! Can you imagine? Now it is a elegant venue that you can rent for special events.

Viva Doors Open for sharing this history with us.
Posted by A Lit Chick at 7:48 PM