Top these Girls if you can 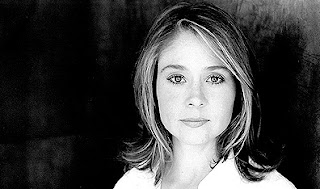 In the 1980s my partner R went to England and saw a British production of Top Girls in London at the Royal Court Theatre and saved the playbill for me. I was so intrigued with the painting (of, I believe, the unfortunate queen Anne Boleyn) on the playbill that I always kept it, hanging it in my office wherever I worked. I was excited to see it in soulpepper theatre's line up this year ... oddly, R not so much. Perhaps it was a case of been there done that. But I decided to surprise him and take him to see this production anyway.

The structure of the play is non-linear, set in Britain during the beginning of the Thatcher years and fully gives vent to Caryl Churchill's rage against Margaret Thatcher and her embrace of Reaganomics and what Churchill perceives that it had done to the British psyche creating an atmosphere of avarice and callous disregard for the underprivileged amongst the more privileged.

What I remember best, and cherish most, about the play is its dreamlike opening sequence. Marlene (Megan Follows pictured above), an aggressive employment recruiter at the Top Girls employment agency, has recently been promoted to an executive position and sits down to a meal with a number of famous women, real and fictional, from history to celebrate.

These women include Pope Joan (Ann Marie McDonald), who, disguised as a man, may have been pope in the 9th c. (it is uncertain if she really existed); the explorer Isabella Bird; the character of Dull Gret (Liisa Repo-Martell) based on the subject of the painting Dulle Griet by Pieter Breughel; Lady Nijo (Robyn Stevan), mistress of a Japanese emperor; and Patient Griselda (Cara Pifko), the wife in The Clerk's Tale from Chaucer's Canterbury Tales.

They drink and revel in telling their personal histories each revealing one story more horrific than the last. The dialogue often overlaps, you need to listen with care that you don't miss the revelations that come fast and furious. Here is where I falter a bit with Churchill's political message: are we meant to infer that Marlene's sacrifices (more on that anon) are equal to that of the other characters' which include: Pope Joan's murder by an enraged crowd when it was discovered that she was a female; Isabella Bird's sacrifices as a mother in order that she may pursue her dreams of exploration; Gret who in the Breughel painting "lead a mob of other women dressed in aprons, charging into Hell fighting the devils"; Lady Nijo's life as a concubine whose children were forcibly taken from her; the fictional Griselda, a poor peasant chosen to be the wife of a Marquis if she promised to obey him always including accepting he removal of her two children whom she presumed to be dead.

In Act I, scene 2, we meet Angie (Liisa Repo Martell), Marlene's angry, volatile and may I say, none too bright, niece trapped in a small town outside of London and living with Joyce (Kelli Fox), Marlene's older sister whom the girl hates and openly speaks of killing. Repo-Martell is such an oddly compelling actress, excelling in these slightly disturbed lost girl roles. But she doesn't evoke sympathy, it's more like fear that she'll cut your throat if you turn your back - that's how powerful her anger is on stage. Kelli Fox is utterly convincing as the sister who is left behind with a child that hates her, a husband that abandons her and a sister who does not condescend to be with her either.

In the employment agency we see the machinations of the recruiters: the women clients cannot be married if employed, one is told she is too old to be a manager, and a host of other derogatory things are said or implied including Marlene hearing a complaint from the wife of a man whom Marlene has beat out for her promotion asking her to be gentle with him as he is depressed over the turn of events. In the midst of this, Marlene is surprised to see Angie appear at the office looking for shelter and a job much to the amusement of the other women. No assurances are made except for the offer of a temporary place on the couch.

It is only in Act II, scene II, which takes place a year before the previous two acts, that we learn that Marlene, not Joyce, is Angie's mother. Marlene has returned to visit with gifts because Angie has sent messages "from" Joyce asking her to visit. Angie is thrilled, Joyce not so much. I have read that Churchill was inspired by conversations with American feminists who celebrated individual achievements by women who gain wealth and power versus the socialist feminism of British women who strove for collective gain and progress. That dichotomy is played out between the two sisters in the last act.

Both sisters are utterly miserable and bitter. Joyce, because she has few options and Marlene, because she has so many and is still unhappy. This scene picks up on a decades old political quarrel between the sisters. Marlene is the prototypical obnoxious promoter of Thatcher's policies; Joyce is a left of centre politically aware member of the underclass who resents Marlene's freedom and sheer disregard for those who are not as fortunate as she is. The argument is overlaid by the classic career versus children debate. Follows tends to be shrill in her delivery (or maybe it's her politics as the character) but Fox never falters.

The question seems a bit dated now ... are we still arguing about whether it is possible to have both career and children? Aren't many of us doing precisely that now? Sometimes badly, sometimes with great strain, but it is being done at least here in the West. That is not to say that we don't need feminist principles or that all we need to do has been accomplished. But maybe what appeared thrilling and revolutionary 25 years ago, now seems a bit like preaching to the converted.
Posted by A Lit Chick at 10:51 AM

awesome i love your blog

i'm a lit chick too!