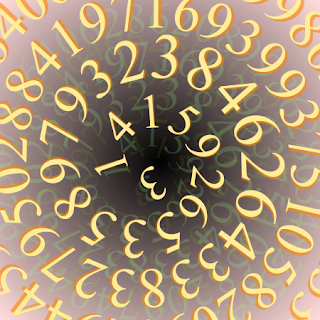 With the publication of Made Up of Arias, I am thinking of my father a great deal. He was exactly my age when he died. What a life of toil for him only to end in an early death ... two jobs, three kids, helping out two brothers and their families when they emigrated to Canada from Italy and England respectively, helping to financially support his mother who was widowed at 34 when my father was nine ...

Don't get me wrong, he wasn't a saint by any means. The man was a classic 50s stereotype with all the good and bad that implies: strong, self-assured, self-involved. I never heard him complain about his responsibilities or chores or work - it was just something that he had to do so he did it because he was a man, a husband and a father. He was definitely in charge. And sometimes not in a particularly good way. Muy muy macho as they say ... it was a man's world and he liked it that way. My mother couldn't wear the pants in that house even if she bought and paid for the damn things herself!

But she gave him a good run for his money - she was very tough with him and challenged him quite a bit. Fireworks would ensue. He was the type of husband that if my mother cut her hair without his "permission" there would be a ferocious fight (there was - that night when they went out she wore a wig to disguise her short hair). Despite their complex, prickly personalities, one thing I knew from an early age was that these two people felt very passionately about each other which sometimes exploded in arguments, bad behavior, moodiness, melancholy.

Oh the melancholy ... what is this thing that we Sicilians carry around? This sadness, mournfulness? I think we like the sadness, the longing for something else. I do love that about the culture, and the seriousness, the deep sense of loyalty to memories, the nostalgia, the sense of respect for what has passed. And I find that attractive in other people, that bit of sadness, thoughtfulness, melancholy.

I still have feelings for the people I loved and lost more than 30 years go. Not just my father ... lovers, friends, teachers, even enemies ... No one holds a grudge like a Sicilian. But this doesn't upset me. Rather it reassures me greatly. I very much want to keep that part of me alive. When that part of me dies (which I hope never happens) I will know that I am truly old and used up. When I stop falling in love with a beautiful face or an image I've seen, or thinking with longing of those who have gone, or wanting to have new experiences, or being moved by beauty and art and youth ... then I will know, sadly, that my number is up and it is all over.

This book, and my being the same age as Papa when he died, has made me feel a number of things ... anxious, fearful, a little fixated on time wondering exactly how much time is left, full of hope in an odd way for the future and for what needs to be done.

It has compelled me to start thinking about some of the things I want to do ... finish this new novel that has been languishing for the last two years, rekindle old relationships, start new ones, seize new opportunities, use my modest powers for good rather than evil. Live. Because, like my father, like all of us, I have no idea what lies before me and when my number will be up.

One thing that I have always wanted to do is start a small, beautiful literary magazine with a specific focus (to be disclosed a a later late as they say).