Who here has not had their wedding plans, if not spoiled at least, soured by a wedding betch? Who here has not been a wedding betch? Ahem ... I recall two or three who did their best to make me feel guilty about every detail, from the cost of the dress, the choice of items on the menu, the invitation list, the overall preparations and their complete lack of interest in the flower arrangements (the unmitigated gall of such indifference!) or, even worse, saying they'd come and then not showing up, without explanation? That last bit still rankles quite a bit ...

I get it ... weddings are boring for most; brides are especially boring. I am certain that I was a boring bride to be. But a little forbearance from my loved ones would not have gone amiss during a difficult time. R's father had just passed away five months before we married and no one on his side of the family was vaguely interested in the wedding. I had challenges on my side too. The timing did not appear to be good and people did not behave nicely.

On the other hand, and this is why karma sucks my good people, I remember being an unenthusiastic participant in the wedding of a person close to me and being rather prickly about it as it seemed to dredge up a certain amount of unpleasant female rivalry and emotion between us. I could not have named my anxiety then and I'm betting neither could our young protagonist Cassandra Edwards. Her name hearkens back to Greek mythology and another Cassandra who had prophetic powers ... and it didn't end that well for that chickie either I'm afraid.

But this really isn't about a wedding, it's about women and the constrictions that they felt they were under in a specific time period about their life choices.

At least Cassandra has some sort of excuse for being so vile to her twin sister Judith as Judith prepares to marry. It's 1962 ... a period of pre-Second Wave feminism where for a young woman not to aspire to marriage was seen as sort of strange mental malady. Cassandra is definitely feeling the constrictions of being an upper middle class girl, well educated at Berkley and working on her Ph.D., who feels that she has few options and that her sister is deserting her and the life that their hermetically sealed family has always pursued.

Cassandra alludes to the special relationship between the women as sisters, as twins, referring to "our stars". They are " ... Castor and Pollux, inseparable. They stay together all year round but they go to China or someplace in the summer. Together, of course. And come back home in the fall." This is what Cassandra hopes for - that they will never be separated, that their life together should not change. She even offers to drive to the airport and tell the groom John exactly that ... 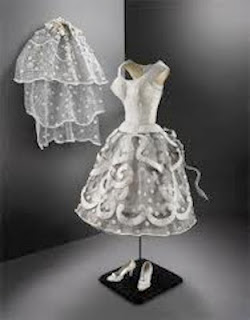 Perturbed by her twin Judith's wedding plans, Cassandra consciously, or subconsciously, tries to ruin the wedding when she arrives back at the family home from Berkley University where she is completing her Ph.D. She doesn't respond to Judith's phone calls; she refuses to talk about the wedding or the groom; she purposely misnames him; she lies to Judith about their father and grandmother's impressions of John; she purchases (uncannily) the exact same dress her sister purchases for her wedding and then refuses to exchange it but offers to cut it up into little pieces. She insults Judith's taste in the dress saying that she expected something more conventional. She refers to the dress (hers or Judith's?) as "the white snare. The pure silk booby trap that caught me out."

Cassandra is in revolt against her (and Judith's) fate and she doesn't even understand why. She vehemently objects to Judith's marriage and to her perception that Judith will become a conventional, suburban housewife. She's a quirky, angry person who reminds me in a way of Holden Caulfield, the 17-year-old protagonist of The Catcher in the Rye - misanthropic, unhappy in a very unspecific way and unable to assimilate into mainstream society because of some dearly held moral principles that they believe are superior to others'.

The anticipated separation and emotional dissonance between the sisters is so great that it pushes Cassandra into trying to harm herself when she learns that Judith has left to pick up her fiancee at the airport.

The mythological influences abound ... the sense that we are in the midst of a Greek tragedy. When Judith says that she feels as if she has just swum the Hellespont the reader recalls that the Hellespont features in the legend of Hero and Leander where Leander swam the Hellespont to tryst with the priestess Hero, his beloved. Presumably the horrific night with Cassandra represents the Hellespont.

Baker cites Hemingway as an influence and I see it clearly. The clipped sentences, the simple sentence structure and plot line. But it is much more psychological in nature. Baker is very effective in demonstrating Cassandra's torment. We may not fully understand it but we feel for her intensely.

There is an unspoken sense that Cassandra is possibly gay (Baker has tackled this theme before to great controversy in her other works) but it is never explicitly mentioned. One can imagine the shock waves that a more graphic revelation would have made in that Mad Men age. But the psychological conflict and anxiety in Cassandra is explicit - the continuous drinking, the pill taking, the analysis, the aversion to marriage ... the coy manner in which Cassandra asks her grandmother if she really believes that her "prince" will come one day as Judith's has come. If my gaydar was a bell, I, and it, would be ringing ... Here is Cassandra reasoning to herself after her attempted suicide:

You've blundered into high grade stuff here. You can't get away with it. Nobody's going to like it - not even God. It's not his plan, as everyone knows. His plan is for somebody from California [Judith] to run into somebody from Connecticut {John}, opposite sex and altogether fitting. And the, Lord, can the receiving line receive and the hosannas bounce off the back wall.

Fortunately, a wedding ring no longer means a sort of enslavement as it did for some women at that time. But it did for some. And Baker was infinitely brave to suggest that all that glitters (like a diamond engagement ring) does not represent gold for all women.
Posted by A Lit Chick at 8:00 AM