50 Shades of Something Alright 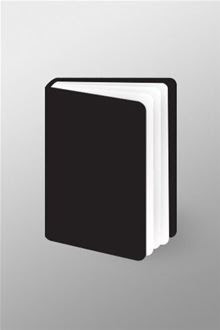 No ... I want to discuss what is the impulse behind the reason that women are drawn to this book that, it is alleged, is very badly written indeed. This is how the book is described on Ms. James' website:

When literature student Anastasia Steele goes to interview young entrepreneur Christian Grey, she encounters a man who is beautiful, brilliant, and intimidating. The unworldly, innocent Ana is startled to realize she wants this man and, despite his enigmatic reserve, finds she is desperate to get close to him. Unable to resist Ana’s quiet beauty, wit, and independent spirit, Grey admits he wants her, too—but on his own terms. Shocked yet thrilled by Grey’s singular erotic tastes, Ana hesitates. For all the trappings of success—his multinational businesses, his vast wealth, his loving family—Grey is a man tormented by demons and consumed by the need to control. When the couple embarks on a daring, passionately physical affair, Ana discovers Christian Grey’s secrets and explores her own dark desires.

Apparently, according to an interview I heard Ms. James give on the radio program Q with Jian Ghomeshi (oh Jian, why must you speak to each and every interviewee with such reverence as if they are Mother Teresa?), Ms. James wrote six books in two years before this trilogy was published and it was surprisingly easy. The slightly long in the tooth Ms. James was inspired to write her own trilogy by the teenage characters of Edward (vampire) and Bella (virgin) in the Twilight franchise who totally captivated her.

Ms. James is amazingly nonplussed by the reaction that she has elicited with this book. What's all the fuss? she seems to say. Some of us gals, even middle-aged ones with proper jobs and young children, like a little S&M. My take on the first Twilight book was a little gentler than my take on Ms. James' fascination with it.

Admittedly, I've always struggled with the idea of the whole S&M scene and women's role in it. It was something I couldn't really wrap my head around. I remember a ferocious argument I had with a friend in high school about this. I argued (futilely) that if pain was the opposite of pleasure, not quite true I realize now, how could a willing participant derive pleasure from it? I've grown up a tad since then. "Think of it as theatre," a friend once wryly advised. Now I do. I don't want to partake in that particular theatre but I understand now that others do.

I am willing to concede this ... that some women like inflicting and receiving pain in this sort of sexual interaction. Maybe a very great number of women like this, engage in it and like reading about it as well. But, I don't think so ... it's not that I don't believe it's possible, I just don't think there are large numbers of women engaged in this. Like the millions of women who have bought and downloaded the book. I think there is something more complex at work here ... more interesting in a way.

Could it be that women, as co-breadwinners, and sometimes as the primary bread winners, feel ready to succumb, on a fantasy level, to "a man who is beautiful, brilliant, and intimidating" like Christian Grey? Does it help that he has "his multinational businesses, his vast wealth"?  I seem to recall that the heroine O's dalliances in the more critically received The Story of O by Pauline Réage, or the more recently published The Sexual Life of Catherine M, were of a similar ilk (i.e. succumbing to rich, charismatic, domineering male partnes).

Katie Roiphe, Assistant Professor and Assistant Director of the Cultural Criticism and Reporting Program at New York University, whom I sometimes have taken issue with, has taken on this phenomenon in an excellent article recently written for Newsweek. Some have turned on Roiphe. An example of this is that paragon of journalistic excellence gawker.com in an article entitled "Your Rape Fantasy is Boring, Katie Roiphe". Oddly, I don't believe that talking or writing about an issue means you endorse what it is describes. I think it is just plain idiotic to suggest this. And it's a classic, sexist way of shutting women up. Quiet you tart, your supposed sexual proclivities eliminate you from a reasonable, intelligent contribution to the discussion.

This is Roiphe's viewpoint in the article:


It is intriguing that huge numbers of women are eagerly consuming myriad and disparate fantasies of submission at a moment when women are ascendant in the workplace, when they make up almost 60 percent of college students, when they are close to surpassing men as breadwinners, with four in 10 working women now outearning their husbands, when the majority of women under 30 are having and supporting children on their own, a moment when—in hard economic terms—women are less dependent or subjugated than before.

I think Roiphe, bright, articulate and very literate (sometimes wrong in my view but that's another blog) has hit it on the head. The harassed female libido has likely taken a beating with the various pressures of modern life. Are we just tired, tired, of carrying this heavy load of motherhood and wife and business partner and career woman and want someone to take care of us? Is the price total submission to a man's will and the inevitable subjugation involved? Is thatbthe trade off for us, domination? Kinky sex with a rich guy (and it's always a rich guy) is a turn on and with a poor guy it's ... what? Degradation? Low self esteem?

There is also a puritanical element to this book that Roiphe captures as well. If we are forced to endure the overtures of a sadistic and overbearing man does this then absolve us of the responsibility of liking sex, of desiring sex? She was compelled, she loved him, she doesn't really like the kinky stuff but she loves him and will do anything to please him.

... she [Ana] indulges in the slightly out-there fantasy of whipping and humiliation without actually taking responsibility for any off-kilter desires. She can enjoy his punishments and leather whips and mild humiliations without ever having to say that she sought them out or chose them. It’s not that she wants to be whipped, it’s that she willingly endures it out of love for, and maybe in an effort to save, a handsome man.

What disturbs me a little is that EL James makes (in her mind) the logical leap from Edward Cullens' emotional domination of Bella in Twilight as an inspiration for the Christian/Ana dynamic in Fifty Shades of Grey and Christian's physical and psychological domination over Ana. The submissive element that she inherits from Twilight has obviously hit a nerve with older women in this new book.

But I am little annoyed when people dismiss the book out of hand and the ideas behind it or dismiss discussion about this book as if it is unworthy of consideration. I think any mass cultural phenomenon that touches a nerve like this in women (or men) is worth examining whether it titillates and/or frightens you.

The theatre is open ladies, it's up to you whether you want to take part. But maybe you should give a thought as to why you'd like to take that particular place.
Posted by A Lit Chick at 8:21 AM

I was talking about this book with another woman -- mid-50s to my mid-40s -- neither one of us has actually read it.

There's something very, very odd about that -- and you've, I think, captured why.

I don't think I'll be reading it -- doubt it will be a selection in either of my book clubs. I am okay with that. But if someone were to loan me a copy....

I am going to skip this one!
Cheryl